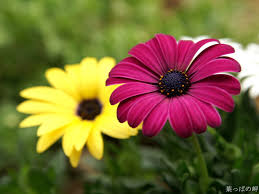 “I tell you the truth,” He said. “This poor widow has put in more than all of them.  For all these people have put in gifts out of their surplus, but she out of her poverty has put in all she had to live on.”
Luke 21:3-4 (HCSB)

It was another day at the temple courts–a familiar place during Jesus’ ministry. You could find Him there at times; preaching, teaching, healing, warning, rebuking. He encountered people from all walks of life. And now that He was approaching the end of His earthly ministry, it was no surprise that He would also encounter increasingly intense opposition in the temple courts. On this day especially, the religious elite bombarded Him with question after question, trying to somehow discredit Him. At the end of every interrogation, they would walk away infuriated, annoyed, silenced, and plotting His demise.

With the temporary retreat of his opponents, Jesus was able to resume instructing His disciples and any others who might be listening. He drew their attention to an ordinary event at the temple–people putting their offering into the treasury boxes. But in the midst of the ordinary, Jesus sees something extraordinary. He sees a poor widow release from the grip of her hand two small coins. What was so significant about this woman and her two almost worthless coins? Unlike the others at the treasury boxes that day, this woman gave the very thing that she needed to survive. And for one single moment in time, Heaven and earth stopped for the Savior to place a spotlight on this dear woman. Perhaps the religious elite that Jesus previously rebuked were there to hear Him commend this widow for giving all she had. But for whoever was there, Jesus’ words were certainly something to ponder. His disciples could certainly relate for they had also given up something to follow Christ and advance His Kingdom.

Scripture doesn’t tell us what happened after the widow went home–whether her precious offering was returned to her tenfold or whether her two small coins made a difference in the temple and advanced Kingdom business. What we do know is that Jesus stopped what He was doing, forgot about His opponents, took notice, and commended this woman before others. Knowing the persecution He was about to face and the ultimate sacrifice He was about to make, He still stopped to recognize the sacrifice of a poor widow in the temple court that day.

Most likely, you will not be required to give all your material possessions for the work of a ministry; even so, sometimes giving money for God’s kingdom can be the easiest thing to do. If that is so, then what could be harder? It depends on what you’re holding tightly. You might have to give from an area in your life that is far more poverty stricken than your empty purse. Perhaps you are desperate for encouragement. Discouragement has saturated your thoughts and held your emotions captive. You find yourself isolated from others, hiding in your prayer closet because of the severity of your circumstances, and holding on to that one Scripture you’ve been meditating on all week to help you get by. And rather than keeping God’s encouragement only for yourself, He might compel you to go beyond your circumstances to help someone else who is discouraged; to leave your isolation behind and share the words of encouragement you’ve gripped so tightly for yourself. You might feel you need them more than anyone else at that moment but He might want you to give them away for the advancement of His Kingdom. Just as the widow gave away something she could have held on to tightly.

What do you lack in your life today? In what area of your life do you feel poverty stricken? Whatever it is, give it away. Open your hands and your heart and release it to the Father so He can use it. No one may take notice and I can’t promise that you will experience immediate relief and replenishment. But one thing I do know, the Savior will see you and commend you. The Father will be pleased. Take joy and comfort in His pleasure. Will you give out of your poverty? What will you give?