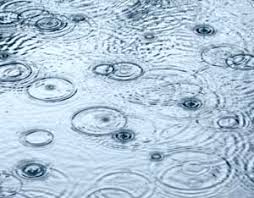 And the Lord, the God of their fathers, sent word to them again and again by His messengers, because He had compassion on His people and on His dwelling place; but they continually mocked the messengers of God, despised His words and scoffed at His prophets until the wrath of God arose against His people and there was no remedy. 2 Chronicles 36:15 (NAS)

The ground was cracked and the cisterns were dry; the land was desiccated. Message after message God sent to Israel through the prophet Jeremiah to repent of their wickedness and turn to the Lord but they would not listen. The people continued to cry to their gods but no rain came and the people were dying.

King Zedekiah rebelled against Nebuchadnezzar and the city suffered all the more for it. The invading army surrounded Israel and cut off their supplies.  When King Nebuchadnezzar commanded the city be razed, the remaining Israelites watched in terror as the stench of smoke filled their nostrils and stung their eyes. Jerusalem was destroyed and all that they loved burnt to the ground.

No longer would the people of Israel, God’s chosen, trust in the Temple for their security while using it for pagan worship. No longer could they provoke Jehovah by sacrificing their children in the fire. No longer would they burn incense to the queen of heaven in the land of Jehovah. They had refused to stop worshiping the works of their hands so God destroyed their idols. They had refused to give the Sabbath rest to the land so God removed the people and gave the land rest.

Then the rain came. The dry cracked ground closed and the cisterns were filled with water once more and the land yielded its fruit again.

What messages have you been ignoring lately?  Are your inboxes filled and your table cluttered with mail you haven’t opened?  There may be other important messages we are ignoring.

Have you heard the quiet voice of the Spirit moving you to be kinder to your spouse or children or co-worker? Have you listened to the whisper of the Holy Spirit to give a portion of your time to aid someone in need? Have you listened to the concern of a friend who has implored you to end your interest in things unfitting for a child of God? Have you asked God why your spiritual life is dry? Listen and obey the quiet messages of God. And then wait for the rain.